I met Daniel Meyers, AIA at the One Show’s Creative Week. He was the moderator of “Smart Place: Making for Good Responsive Place and Responsive Infrastructures” panel discussion. I found the points he brought up both enlightening and provocative. A Creative Director and licensed Architect hailing from Second Story, part of SapientNitro, in Portland, Oregon. I had a hunch he’d make an interesting person to continue the conversation with, I think you’ll agree…

Q: It’s interesting to find an architect in a digital shop. How did that come about?

Daniel: I had worked with Second Story previously, when an architecture firm I was working for at the time hired them to build a website for a new office tower we were designing. They wanted me to help facilitate a shift into the physical/digital space, and I wanted them to be able to move my work in a more meaningful direction. Since we’ve gotten together, it has been very much a process of mutual education, of collaborative learning towards this new capability. My contribution is just one part of the whole.

Pete: That’s a very modest outlook for a creative director. Is that something you picked up in the military?

Daniel: Well I would hope that’s the outlook of every creative director! But there is military thinking in that sentiment. The military teaches you to put yourself in perspective. It teaches you to value self sacrifice in service of the collective. It teaches you to be disciplined and organized in everything you do because your failure is the group’s failure. These are basic collaboration and leadership skills, and there are precious few institutions left that teach them, so I consider myself fortunate.

Pete: With such a collaborative structure, how do you determine chain of command among the various creative directors?

Daniel: The small number of CD’s are distributed horizontally across our group, but as far as work inside SapientNitro and specifically Second Story is concerned, we use a project leadership model based on collaboration. Second Story projects are lead by a three-part team representing creative, project management, and technology. We see these disciplines as related to one another, and we see the boundaries between them as blurry. So all of our resources are available to us at the beginning of a project, we can choreograph the participation of leads from various departments in advance. Because we work globally and in a wide variety of market sectors, our outside collaboration models are highly elastic.

Q: At the One Show’s Creative Week you said ,”the industry is in a moment where things are clunky” – Do you forsee an industry wide epiphany moment coming?

Daniel: Culture operates in cycles. I don’t believe in epiphanies, and when we tell ourselves stories about lone geniuses who change everything all at once we’re kidding ourselves. Our industry, and the broader culture, is in an awkward moment because our technical prowess has outstripped our ability to use technology thoughtfully. We just don’t know what to do with all this connectedness, all this distributed intelligence–it is changing us, not vice versa. This happens from time to time–though never in the same way twice–and we’ll baby step our way out of it. Until it happens the next time, of course!

Q: Given the unique nature of your projects do you build pro-types then pitch them or the reverse? In other words, how do you approach new business?

Daniel: Another great question, and the answer is: yes. Because we are often pitching a new class of offering to a new kind of client for an emerging audience, there is no established path to selling the work. We use conventional channels and unconventional ones.

Q: You talked a bit about immersion: Interface vs real world – that’s a very cerebral thought. Can you put it in real terms for us?

Daniel: That came up in the Creative Week panel because I wanted to make a point that digital interfaces are not limited to screens.

Daniel: Interface for me is just the layer of the technology that facilitates an experience. But this raises a bigger problem: experience is a funny word. I’ll start off with, to use your word, the cerebral stuff: there’s a whole branch of Philosophy, Philosophy of Mind, devoted essentially to exploring the nature of perception and the relationship between the conscious mind and the body.

It would be easy to throw off some reductive statement like, “Simplicity makes great interfaces, which in turn make great experiences,” and sometimes I believe that. Sometimes we just want a satisfying primal experience–riding a roller-coaster or having a few too many drinks. But there are other times when we crave complexity. It feels good to know how tiny you are in the vastness of the universe, and to find moments of clarity in all that crazy.

Q: In your view, what are the primary components that make an exceptional experience?

Daniel: Great content, great context, great people. You can’t get more specific than that and be taken seriously. Some exceptional experiences in my life, in no particular order: a barfight with a bunch of Marines (I was a sailor) in a bar in Hong Kong, the first time I read Susan Sontag’s Against Interpretation, the births of my kids and midnight bathing at Peter Zumthor’s baths at Vals, Switzerland. There are many others of course, but they all include feelings and ideas (content), places (context), and people. From there the variety is endless!

Q: My experience with Portland (when I freelanced there) was the coffee was great but the pizza was terrible, is that still the case?

Daniel: Yeah, we’ve got the coffee thing pretty much nailed down. I like to put New Yorkers in their place when they brag about coffee–I was drinking Stumptown americanos in the ’90s. But it’s all a cover because we’re still getting our ass handed to us on the pizza front. We have some pretty respectable Neapolitan-style pizza options but old-fashioned American pizza? Nothing.

Peter:  You should check out “Escape from NY” a pizza shop founded by two guys from Brooklyn it’s as if they air lifted a gritty NYC pizza joint to Portland complete with gritty floors and stand up counters, I found the “experience” quite a contrast to the rest of the Pearl district.

Daniel: I’ll check that out. It has to be said though, the Pearl is hardly representative of Portland as a city, present or past! Watch Drugstore Cowboy sometime to be reminded…

Q: Experience design: how is it different than IA/UX/UI?

Daniel: Hardcore IA, UX, and UI people, trained in the last 15 years or so, have developed a highly specific technical capability that is relevant to computing infrastructure as it exists today. That infrastructure is evolving radically (the internet of things, fog & cloud computing, etc.) and those disciplines have to adapt to a new world in which they interface with humans in much more physical, emotional, and intuitive ways. The rise of the term “Experience Design” is a stopgap measure to address this issue.

Q: What’s the coolest thing you are working on at the moment?

Daniel: Well, of course I can’t tell you! That’s a professional hazard, but I can tell you the thing I’m most excited about right now is actually an exhibit we’re opening this summer in a Western US city around plants and their role in ecosystems. Zany stuff, I know! But it’s going to be groundbreaking, looking at ways to use technology to make educational experiences at lots of different scales, to reach people emotionally and intellectually, to make an experience that is avant-garde, warm, organic, and friendly.

Daniel: That’s a trick question, I know it! With apologies to Jun’ichirō Tanizaki: any light that casts a shadow.

Q: Speaking of light could you tell us a little about the Lyt project?

Daniel: Lyt is an inter­ac­tive light sculpture which makes a responsive environment. You can plug lots of them together and it’s fun. But it’s a serious kind of fun because it hints at a future where environmental controls, light and dark, media content control, social networks, etc. are more fully democratic in the public space. One optimistic possible future sees technology empowering people rather than confining them, and Lyt is a tiny little tentative step in that direction. Lyt is open source and DIY-able (people can find the specs online and make their own version).

Peter: Open source and DIY sounds a little like something out of the “Maker Movement”?

Daniel:  Among the many things I got from my dad, he’s a gigantic ham radio nerd, so I was steeped in the history of DIY electronics from an early age. Basically the “Maker Movement” is a new name for an old thing. It boils down to this: there are lots and lots of incredibly smart people with access to incredibly sophisticated new technologies, and they are making all kinds of amazing and cool new things in their garages, things that will change the world. It’s what all these folks will do with this inherited power that I care about. It’s also the Steve Wozniak story although I think Nikola Tesla was the original “Maker”–he even had the 19th- century mustache to prove it! Of course, he could justify the ‘stache because he was actually alive in the 1800s.

Q: Could you share a few of your favorite resources?

Daniel: When I’m looking for inspiration I comb the dark corners of the internet for obscure thinking, visual inspiration, etc. Anything I can do to randomize, but really I’m a book guy: I’m in love with Rebecca Solnit at the moment, everything she’s ever written but especially A Field Guide to Getting Lost. My favorite architecture/art mag Pin-Up just published a book of interviews that is out of this world.

Peter: You sound well read. Do you have a favorite writer?

Daniel: I have the ubiquitous English degree, so of course there’s a long list, but far and away my father Steven Meyers is my favorite writer. He was trained as a photographer at the American Bauhaus at IIT in the ’70s, but became over time an artistic polyglot, working in the visual arts and literature. He’s also a professor and has been a mountain guide for more than 30 years.

So much of my worldview, my work, flows from him. As a designer and CD, his thinking about what it means to be a guide has been pretty powerful for me.

Q: What’s the single most important takeaway from our discussion today?

Daniel: That I need to be more concise in interviews?

Daniel: I hope that the takeaway is a sense that we are entering into a promising and exciting phase of human history, that we have the opportunity collectively as an industry or family of industries to shape a near future that is more humane, more beautiful, and more fun–and that we should get to it!

*This interview has been edited for clarity & brevity 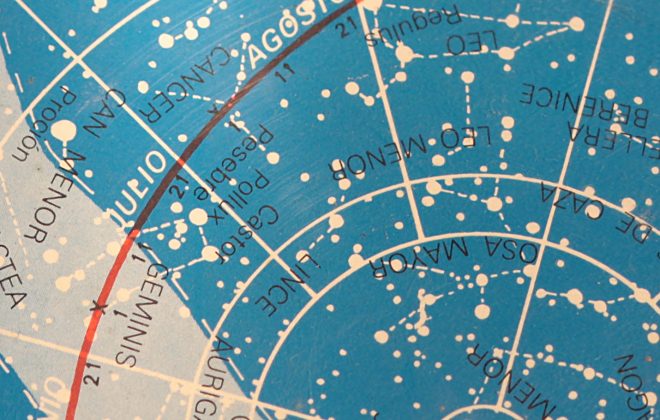